Down The Cobbled Lanes

A look at life in Killarney in the early 20th century

Over the course of several months in 1985 an oral history project was undertaken by two members of the Trustees of Muckross House. Tadhg O’Sullivan of Kerry Mineral Waters, and Paddy MacMonagle of Killarney Printing Works, endeavoured to record their early memories of life in the town. The recordings took place in the kitchen of Paddy’s House on Countess Road, with the assistance of Ned Myers, Manager of Muckross House.

As might be expected of home-made recordings of that time, the sound is not always of a very high quality. However, the recordings do provide us with valuable glimpses of life in Killarney in the early 20th century. Extracts from the recordings will be uploaded here as a series of podcasts, entitled ‘Down the Cobbled Lanes,’ over the coming months. 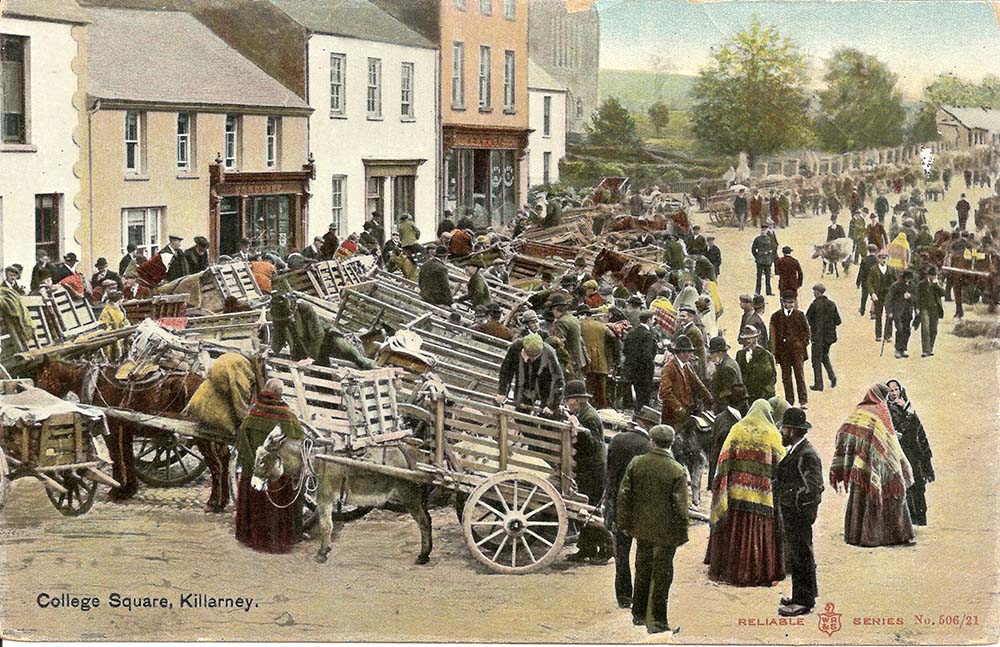 In this episode of ‘Down the Cobbled Lanes’ Tadhg O’Sullivan and Paddy MacMonagle discuss some more of the characters who inhabited the Killarney of their youth.

Tadhg first of all tells us of the inconvenience caused on occasion by a lack of plumbing in the town. We then listen in sympathy as he describes the dental treatment that was meted out to those unfortunate enough to require it. Finally Tadhg recalls one local priest who enjoyed the last laugh when a parishioner encouraged him to shorten the length of his sermons.

Tadhg and Paddy discuss some of the events that took place in Henn Street, now Plunkett Street, Killarney during the Irish War of Independence. A stationery and millinery shop, run by the patriotic Gleeson sisters, attracted the unwelcome attention of the British forces, including the infamous Black and Tans. The latter threatened to burn the shop down unless the sisters removed their name in Irish from above the shop front. This order was resisted. However, at the last minute a neighbour, afraid for the safety of her own premises, used green paint to obscure the Irish name. The Black and Tans subsequently daubed ‘B and T’, for Black and Tans, on the shutters.

The Gleeson’s shop was frequented by Republicans including Thomas Ashe, Austin Stack and Éamon de Valera.

Here Tadhg recalls some of the events that took place in Killarney town on 11 July 2021. On that day the Truce came into effect bringing an end to the Irish War of Independence. In the final moments of that conflict, two British soldiers were shot in Main Street. While in College Square a young domestic servant, Hannah Carey, was shot dead outside the Imperial Hotel where she worked.

We also learn of the indomitable Mrs Flynn who was fearless in confronting one of Lord Kenmare’s bailiffs.

Tadhg and Paddy recall some of the well-known personalities of the town, including the solicitor Maurice McCarthy. They remember the club house of the Ancient Order of Hibernians, which was situated in Brewery Lane. Billiards and cards were played there and the club was the scene of a well-known poker school. Tadhg and Paddy also recall that, before radio, people often met arrivals off the Dublin train seeking news of the latest Kerry football results. 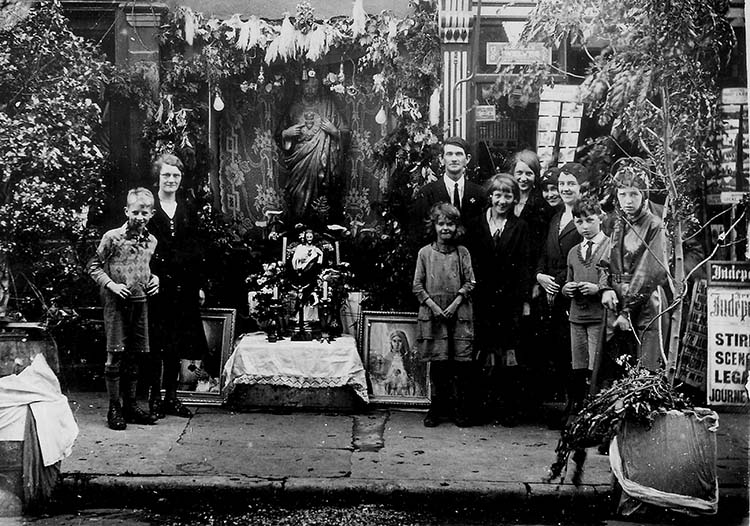 Tadhg and Paddy recall that religious celebrations, including the annual Corpus Christi procession, often resulted in rivalry between the different lanes of Killarney town. The inhabitants of each lane put much effort into decorating their own individual neighbourhoods and competition was intense. Tadhg and Paddy also recall with great glee the misfortune that befell the unfortunate drummer in Killarney’s Fife and Drum Band! 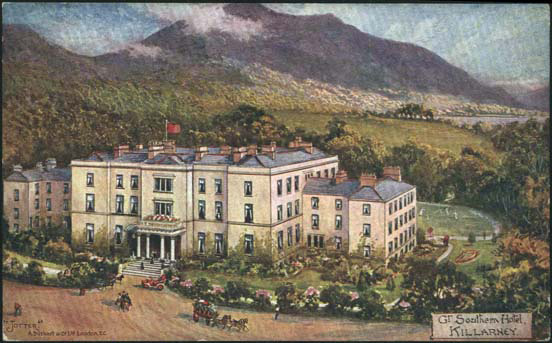 In this, our second podcast, Tadhg and Paddy recall some of those who worked as coffin-makers, jarveys and tailors in Killarney a century ago. We also learn of the accidental burning of the Casino Cinema. This was a wooden structure, formerly a dance hall, where people often danced until dawn!

In this, the first podcast, we learn of the former whereabouts of the British Army recruiting office in the town. We also learn of the efforts made by local boys to fly the tricolour over Main Street in the period leading up to the War of Independence.

Muckross House Research Library would like to thank JJ O’Shea for composing the theme music to accompany our series ‘Down the Cobbled Lanes.’

The music is performed by Reidun Schlesinger (harp) and Barry Lynch (whistles and uilleann pipes).